August temps and precipitation went back to the way 2021 has been going. Will July be the odd man out at year end?  Decided to repeat the temp chart I posted last month to show how the trends are going.  Probably will not post more decade charts until the mid-decade after 2022 is over.

One note on the chart above: When I did my 20 year summary August was not in the group of four months which raised concern.  The months in the 20 year summary where the decade-decade temp rose more than 1° are January, April, July and October.  This decade is only four years along but August would join that group at this point.

On the 'comfort level' this summer August continues where even a cool July made a statement: high dew points.  August added warm nights to minimize the evening release before the next day hit.  The average dew point this month was 2nd among the 24 Augusts in my records, close behind the top spot in 2018 which had an average dew point of 62.54°.

I have checked wind records in other weather stations in our region and it was a very calm August so I am not looking at replacing my anemometer.

It looks like Rockland, Maine got the orange dot for 7-9 record highs. 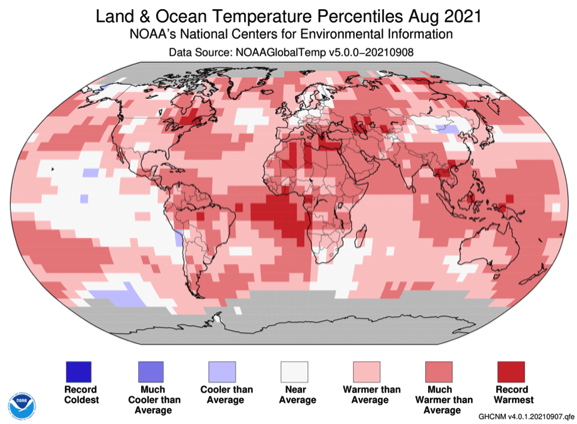